In this entry, we are about to learn very important things about Django App. If you don’t understand how URLs, VIEWS, MODELS & TEMPLATES work and relate then I’ll assure you you will have dead-end soon so it is important you understand this flow.

Now Django uses the Model View Control (MVC) pattern. For Django, I would say its MVT where T is the Templates. MVC is an architectural design that separates an application into three main logical components:

Even though it is not part of MVC, I would want to add Routing which matches URLs with responsible views which have functions to handle them.

Let’s look at a scenario:

Assume I want to check the date I should return a book that I borrowed from the library,

All this process takes microseconds

In Django, we try to keep project structure as clean as possible, for that reason we use apps to separate parts of the project that are less related. like payments and blog on an e-commerce site. Let’s create our ticketing app.

Open Terminal/ CMD and cd into STICKETING where we have Stickenting, venv and manage.py

I hope you already know whatever follows $ is the command.

Now we activate our virtual environment:

We create the Django app with the following command:

Now ticketing is our app. Lets open STICKETING folder with a text editor of your choice, I will use Vscode.

As you can see a new app comes with some files here I’ll concentrate on models.py and views.py.

We now need to let Django know that we have a new app. Remember our settings.py? its global configuration file for our project. open it on a text editor and find INSTALLED APPs inside it the add ‘ticketing’.It should look like this:

And we are good. let us just check if we can run server still.

It is running but with a warning, this is because Django comes with other six built-in apps that we can use. These apps need to have a database so we run migrations to create the needed database.

NOTE: To stop the server and allow you to run commands using ctrl+C

The result should be:

The warning is gone. time to write our first URL,

Go to project level (Sticketing) and open url.py in your editor.

You should have this before you do anything, everything inside “”” …”””, are comments in python and you can remove them.

As you can see the error is too large I can’t copy and paste on Google, but at least a line makes sense

so let’s create a module named URLs in ticketing folder

Create a new empty file named urls.py in the ticketing directory, and open it in the code editor.

If you check terminal again we have an error;

True to the error in our views.py we don’t have a function/method called home.

This is because we said we want user who requested the page to see home.html and it is not there.

Inside the app ticketing create another folder called templates. This is where Django will look for our HTML folders and files. Inside templates folder create a file called home.html

And we are set! fire up your server if it is not running yet

Have some coffee and let us meet in the next Chapter

Get the code from github

You may join my whatsapp group 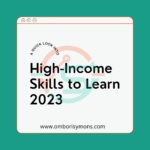 High-Income Skills Can Learn in Your 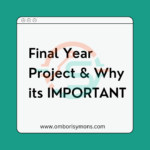 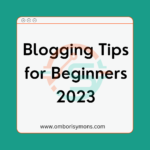